So here we have the first robot with citizenship, folks. Her name is Sophia, and in my opinion she looks a bit like Jennifer Lawrence (is David Hanson, Sophia’s father, a Hunger Games or leaked nude selfies fan?). During her so far short life she already got on the cover of Elle magazine, she was on Jimmy Fallon’s talk show, and she even has her own Instagram, on which she promises that in the future it would be possible to bring back to life famous people like Marilyn Monroe in the form of an identical robots. Okay, I don‘t know if I should be happy about this one (although I’d like to look at the girl in that fine white dress with my own eyes, I mean… who wouldn’t), but on the other hand … if they can bring back to life Charlton Heston and jumble up some of his circuits to make him a nicer guy, then good for us. And what about JFK? Marilyn would be able to sing happy birthday to him again … I’m sure that it would be a major blockbuster on the internet (yeah, even bigger than some backstreetboyish Despacito or drunk President Trump calling Afro-Americans „blacks“). 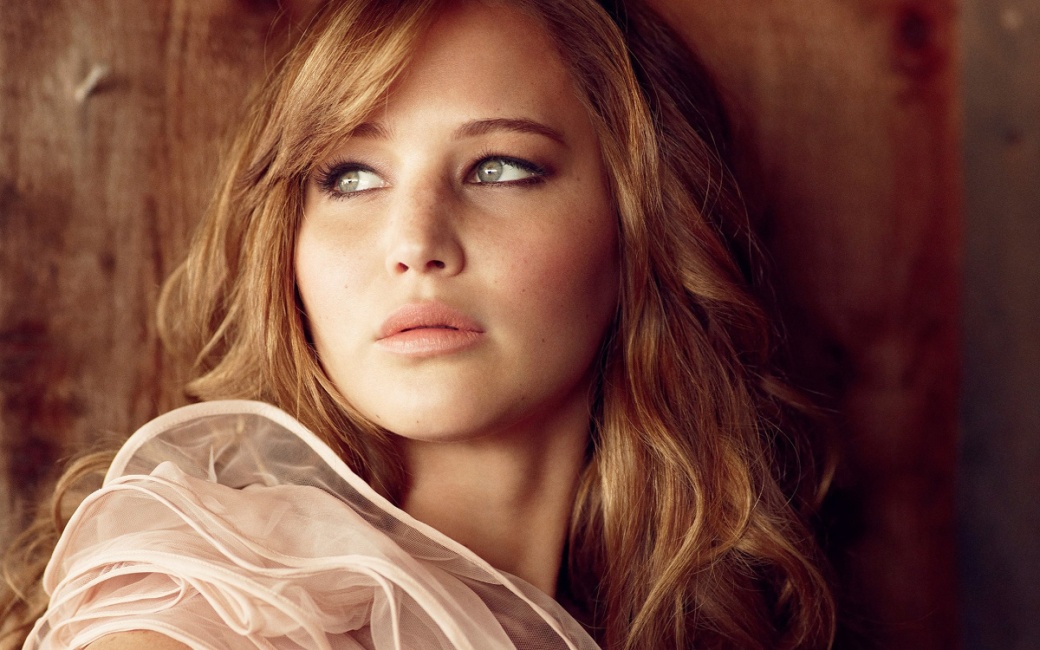 I feel that this is the moment when our world is getting really close to all those robotic sci-fi blockbusters which our grandmothers have just recently called exaggerative bullshit. Well… it doesn’t seem like bullshit to me anymore. Just remember Arthur C. Clarke and how he predicted digital mail or video calls in his books. Or how he predicted such a thing that will allow us to comfortably search all possible information from what might be called the “central library” a.k.a googling on the internet. Now, without such things, we can hardly imagine our everyday lives. And in a few decades, maybe in just a few years we may not even be able to imagine our lives without robotic helpmates. Although… helpers. According to the creator‘s presentation, Sophia actually may not be here to help people, at least not in the first stage of her existence. Her current social function is quite clearly – to make it as close as possible to a real person in the public eye (and in the eyes of possible investors because it’s all about the $business$ in the first place).

That’s why Sophia ha her own Instagram and Twitter – just like you and me. That’s why she can manage 62 facial expressions, which is far more than Arnold Schwarzenegger showed us in Jingle All the Way. That’s why she does not have a problem to have a hint on Elon Musk during an interview, who expresses himself critically about the the progress in robotics and predicts dominance of robots over humankind – every one of us, from time to time, gets irritated by disgustingly rich smart-asses with their own space programs, right? And for the same reason Sophia also got on the cover of a fashion magazine dressed in distinctive dress – because perhaps every woman adores fashion and wants to determine new trends. Damn, it has already begun, just look at notorious drag queen Aquaria who has already stylized himself/herself into Sophia’s form:

And now look at the envelope of Brazilian Elle: 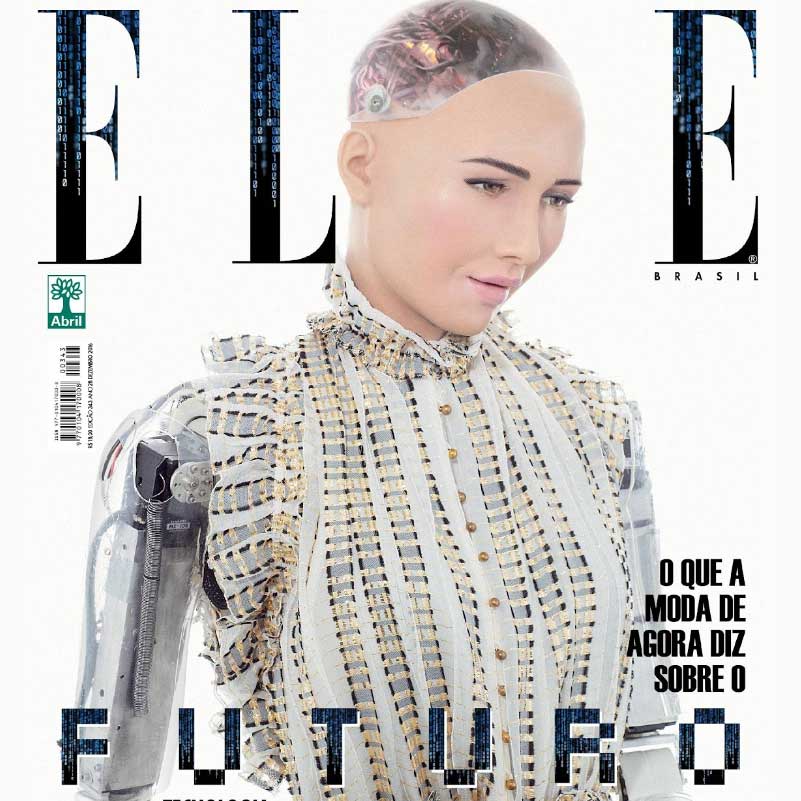 Do you see how Sophie’s transparent skull beautifully stands out on that pure white background? Do you see how nobody even tried to mask the complicated machinery in her head with some wig? There is a certain amount of nudity in it, don’t you think? More than anything else, it is Sophia’s naked otherness. It’s a perfect calculation – as if Kevin Spacey would show us the right Coming out instead of that impetuous statement to which he was forced by the pressure from charges of sexual harassment of a under-age boy. If it wasn’t for that scandal, Kevin could be TIME Person of the Year, a man who, after so many years, has finally dealt with his orientation and heroically came out with it. However, in this case, only contempt and social exile awaits him, no matter how tremendously talented he is, and instead of him, Sophia can be a personality number one for minorities – a girl with a transparent head who wants to make friends with people so much, but most of the people yet just do not know what to think of her. They may be afraid of her, maybe they will be disgusted, maybe they will despite her, and that’s also something that some of us can identify with.

Sophia’s creators pride themselves on her advanced artificial intelligence, decision-making capabilities following empirical exploration, and a lots of other achievements, the fact is that at the present moment Sophia is fully committed to their far-reaching marketing plans, humbly completes their planned events, and she is certainly not that far with her own personality to put her foot down and say: „Screw Jimmy Fallon, I like Jimmy Kimmel. I want to be in Jimmy Kimmel’s show!“ No way, it’s not about Sophia’s choice yet. And who knows if it ever will be. Gosh, it starts to be a fairly complex topic, quite complicated for a single article…

Anyway, yet we can only guess where the whole thing with the robots will eventually shift. Maybe Sophia will eventually get it so far that after thirty years as the first robot in the world she will accuse her designer that he did/did not make her breasts with nipples – if he did, he would be marked as a pervert, and if not, he will be accused of discrimination of robotic women. Yeah, the world is becoming more and more complicated, and it will only be worse.